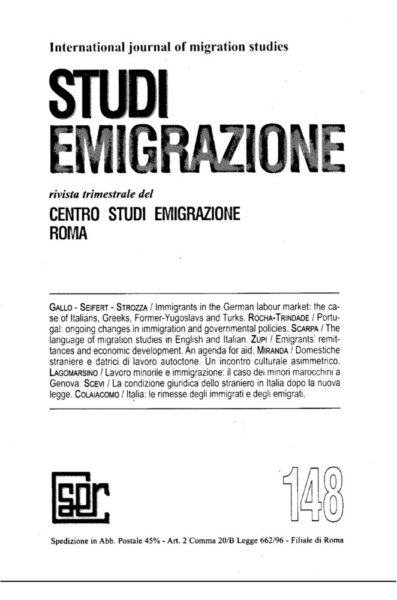 Migration to Germany and German migration policies have cer­tain peculiarities which are essential when looking at the processes of migration and integration of immigrants. On the one hand, Germany has one of the highest immigration rates; on the other hand, for a long time Germany officially denied to-be an immigration’s country. When Germany started to recruit immigrants from Turkey, Italy, Greece, Spain and Portugal in the late 1950’s and Yugoslavia in the early 1960’s this was considered to be a short-term solution to bridge periods of extreme labour shortage. Work permits were granted only fora spe­cific period of time, the same for their prolongation, granted only if nec­essary to the labour market [Seifert, 1995]. In this way German au­thority intended to keep the foreign labour force flexible and adaptable to the labour market demand. During the economie recession of 1966- 67, this “guest worker system” had the desired effects and the number of foreign workers decreased sharply. During the subsequent period of economie recovery the number of foreign workers increased again [Hollifield, 1992].